Corporate transformations and transfer of seat within the EU – Tax regime

The Greek jurisdiction has a codified legal framework for corporate transformations taking place amongst domestic companies. The European integration, however, follows a rapid pace, increasing and promoting transactions between Member States of the European Union and boosting mobility in services, capitals, as well as natural and legal persons. Respectively, the legal framework regarding the mobility of companies between Member States, i.e. cross-border transformations and, in particular, companies’ mergers, change of nationality through transfer of their seat, is gradually enriched and is worthy of legal research, along with the relevant tax law issues. 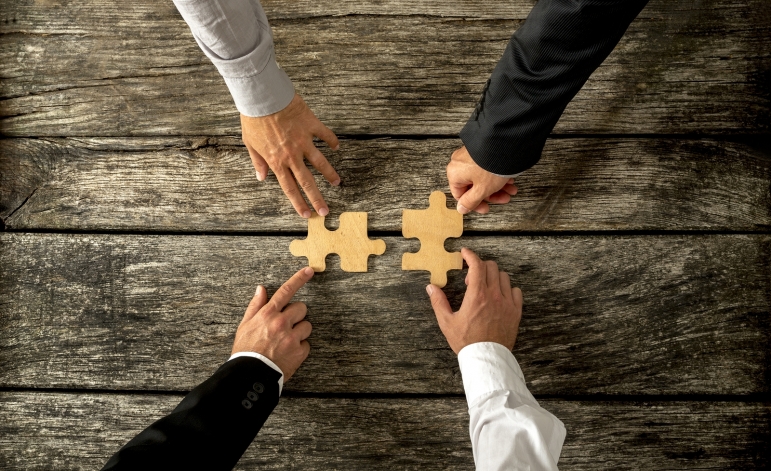 Directive 2005/56/EC regulated comprehensively cross-border mergers of limited liability companies and was incorporated with the Greek Law 3777/2009. It is noted from the beginning that Directive (EU) 2017/1132, as amended by Directive (EU) 2019/2121, will constitute the new legal framework for cross-border transformations (mergers, divisions, conversions), but has not yet been incorporated by the majority of the Member States.

The scope of the existing framework of cross-border mergers regulated by the Greek Law 3777/2009 covers all limited liability companies, i.e. S.A., Ltd., P.C., limited by shares and European companies (S.E.). It is set as a condition that one of them, or the company resulting from the merger, has its registered office, central administration or principal place of business within an EU Member State.

The law defines the merger as an act whereby all assets and liabilities are transferred on being dissolved and without going into liquidation by:

(a) one or more companies to another, pre-existing company in exchange for the issue to their members of securities or shares of the share capital of that other company;

(b) two or more companies to a company which they form – the new company- in exchange for the issue to their members of securities or shares of the share capital of the new company;

(c) one company to the company that holds all the securities or shares of its share capital.

The decision to carry out the cross-border merger is made by the management organs of the merging companies, which draw up the Common Draft terms of the cross-border merger, which defines, amongst others, the corporate type of the merging companies and the resulting from the merger company, the exchange ratio of securities or shares of the share capital, the articles of association and the possible repercussions of the merger on the employment of employees. An independent expert report is then drafted and addressed to the partners. However, the above procedures can be circumvented, provided that all partners of the merging companies agree on skipping the Common Draft terms of the merger and the expert report. To approve the merger, specific publicity formalities are followed, which are divergent in each Member State (e.g. instead of a decision of the relevant commercial register, a court decision may be required).

The process of cross-border merger can be time-consuming, as multiple jurisdictions are involved, therefore, the cooperation of lawyers and accountants with different legal background is necessary. However, it ensures the most fundamental advantage of universal succession, namely the automatic transfer of all assets and liabilities to the merged company. As a result, the merging company assumes all rights and obligations of the merged company, including all existing contracts as well as intellectual property rights. In that way, the special succession, i.e. the transfer of each asset and liability to the new company independently, is avoided. If, for example, the merged company has concluded several service contracts with its clients, the transfer of these contracts to a new entity would require the consent of all clients, so that an assignment of claims could take place. On the contrary, with the merger process which brings the results of universal succession, i.e. automatic transfer of assets and liabilities, only notification is required to the clients-recipients of the services of the merging company that the contract is now being performed by the new entity. 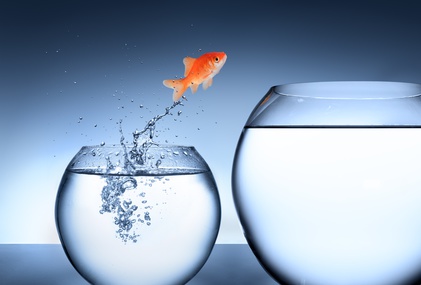 The transfer of a company’s seat entails that the latter does not enter the stage of dissolution and liquidation, but is transferred as such to another jurisdiction. In other words, it changes nationality without ceasing to exist. This possibility is especially beneficial when the partners or shareholders of a company wish to obtain presence in another Member State without following the typical -and possibly time-consuming- process of dissolving and liquidating the existing company and setting up a new company in the country of destination. Sometimes this solution is preferred also for tax purposes, particularly in cases where the company wishes to further pursue its activity in a Member State with a more favourable regime.

Greek law provides in principle the possibility of transferring the seat of a Greek company only for the corporate form of the P.C. to another state, but does not provide for the opposite i.e. the transfer of a company seat from another state to Greece. In the absence of a legislative provision, the question arises as to both the legality of this alternative and the procedure to be followed. However, the establishment and operation of commercial companies falls within the narrow core of the freedom of establishment provided for in European Union law. In this context, the Greek General Commercial Registry has stated that it cannot refuse the transfer of company seat from an EU Member State to Greece.

EU Member States cannot impose restrictions on the free establishment of companies in their territory. The Court of Justice of the European Union has affirmed the position that the transfer of seat is permissible (see, amongst others, Cartesio, C-210/06, where a Hungarian company had its headquarters transferred to Italy, and Daily Mail, C-81/87, where a British company wished to had  its seat transferred to the Netherlands for tax purposes). In fact, the Court affirmed that the imposition of restrictions on this possibility may only be justified for imperative reasons of public interest. Such reasons may be, for instance, the prevention of harm to the interests of creditors and employees (see Polbud, C-106/16).

This lack of appropriate legal tools leading to fragmentation and legal uncertainty, is now covered by Directive (EU) 2019/2121 on corporate transformations, which will be transposed in the future into the domestic law of the Member States. It regulates, amongst others, the cross-border conversion, according to which a company is converted to a legal form of the State of destination, transferring at least its registered office to the Member State of destination and at the same time retaining its legal personality. In essence, that is, a company will be able to have its registered office transferred to a Member State, while being converted to an arrangement of the relevant legislation of the state of destination. The Directive seeks to crystallise the fundamental principle of freedom of establishment and to resolve an issue which has so far remained unregulated and for which fragmentary solutions are provided by the competent national authorities. 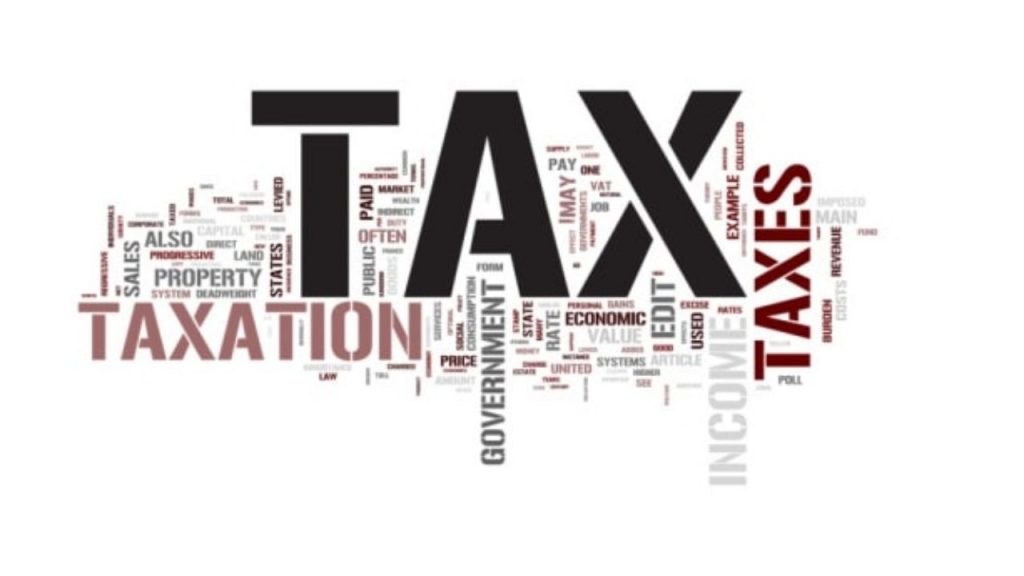 Cross-border conversions of companies within the EU provide business flexibility and tax benefits. In this context, particular interest is attributed to Directive (EU) 2016/1164 on the prevention of tax avoidance practices that directly affect the functioning of the European market, which was recently incorporated into the Greek jurisdiction with Law 4714/2020, which added new provisions to Law 4172/2013 (Income Tax Code).

Article 66A of Law 4172/2013 currently provides for the so-called “exit tax”, which is imposed in cases where a Member State has no longer the right to impose tax liability on specific assets. In fact, recital 10 of the Preamble of the Directive incorporated in Law 4172/2013 stipulates that “The function of exit taxation is to ensure that, when a taxpayer transfers assets or his tax residence out of the tax jurisdiction of a State, that State taxes the economic value of any capital gain created in its territory even though that gain has not yet been realised at the time of the exit”.

Thus, every legal person that has its tax residence, as well as its permanent establishment in Greece, is subject to exit tax for any transfer of assets from its head office, permanent establishment, tax residence or its business from Greece to a Member State or another third country, if Greece loses the right to tax these assets. Assets are in turn defined as those over which the taxpayer exercises control and from which he expects future financial benefits.The transfer of assets is the act whereby a Member State loses the right to tax the transferred assets, even though the assets remain under the legal or economic ownership of the same taxpayer. It should be noted that these provisions also constitute domestic law of other Member States as well, therefore, an exit tax shall be potentially and under conditions imposed for any transfer of assets (by way of a seat or merger) from a company registered in a Member State.

The law stipulates that the exit tax is the tax “equal to the market value of the assets transferred by [the taxpayer] at the time of their exit, less their value for tax purposes”.

In the absence of clarification of the provision, it is not clear how the legal person that transfers its assets outside the territory will be taxed and what will be the “market value” of these assets. In any case, in order for an exit tax to be imposed, the legal person must also retain economic or legal ownership of the assets. This means, for example, that in the event of a transfer of seat, the transferred assets will be subject to tax, given that they remain under the legal ownership of the same legal person, which has simply changed its nationality and has been established in another Member State. An issue arises in the event of a cross-border merger, as in this case, the assets are transferred to a new arrangement and the merged company that was exploiting these assets ceases to exist.

At the same time, of course, there are relevant tax incentives related to the transformations in general. According to article 54 of Law 4172/2013, in cases of merger or division of companies that are tax residents of a Member State, they are exempt from any capital gains tax which are calculated based on the difference between the market value of the transferred assets and liabilities and their taxable value. At the same time, a shareholder or partner of the company that transfers its assets and liabilities is not subject to tax on the generated goodwill due to the merger or division, with the exception of the part corresponding, by analogy, to any monetary payment.

In similar logic, Law 2578/1998, which incorporated EU law, provides that the company that carries out a merger or division is exempt from income tax for the goodwill generated by the transformation. A condition, however, is that the Greek company does not contribute its permanent establishment to another Member State, otherwise capital gains tax will be due in Greece.